In an interview I recently watched on YouTube, the renowned nephrologist Dr. Jason Fung, quite possibly the world’s foremost expert on fasting in practice, said he’s never had a patient need surgery to remove skin no matter how much weight they lost. This is an incredibly underrated benefit of fasting that deserves more attention.

Go ahead and Google “weight loss excess skin” for proof that most people are left with unsightly flaps of skin after losing any significant amount of weight. This is a common issue from 50 pound losses and beyond, and one who sees many of these results could easily be forgiven for thinking weight loss might not be worth it.

Dr. Fung’s patients are all Type 2 diabetics, almost always obese, and already in poor health. Why would every single one of his patients be able to lose weight without excess skin while this plastic surgery clinic states that excess skin is “almost unavoidable” after weight loss?

Most people try to lose weight by the conventional wisdom of “eat less calories than you expend”. When you’re trying to lose weight by only taking into account calories and not considering insulin, then you have to eat more often, because you’re constantly starving. This results in a vicious cycle of eating a little bit, which increases insulin, which makes it difficult for your body to access stored fat for energy, which makes you hungry, which makes you eat a little more, which starts the cycle over. Very few people can continue to eat fewer calories than their body requires if they never learn how to lower their insulin levels, but occasionally a very strong minded person manages to do this for long enough to lose a lot of fat. They are rewarded for their incredible hard work with a new struggle: excess skin.

Dr. Fung’s patients, on the other hand, are treated with courses of fasting, generally 3 days at a time. They lose weight rapidly, because, well that’s what happens when you don’t eat, but more importantly, fasting lowers insulin levels in the body and allows certain processes to take place that otherwise rarely, if ever, happen in obese individuals.

They lose weight rapidly, because, well that’s what happens when you don’t eat…

Dr. Fung pointed to the body using skin cells as a source of protein as the reason for fasting weight loss not leaving extra skin. Traditional calorie restriction diets usually allow loads of protein, because they allow very little fat, and anyone who eats too many carbs on any kind of diet will fail to lose weight. So if someone actually succeeds in losing a large amount of weight with calorie restriction, it’s safe to say that they probably ate a lot of protein, therefore their body didn’t need to create it from what it already had.

However, Dr. Fung’s protein explanation has another simple interpretation that will make a lot of sense to anyone who has gone through our Reframe Lifestyle course. The use of excess skin cells for protein requires the presence of glucagon. Eating often, which is necessary for calorie restricted weight loss, makes it so that your insulin levels are never very low for extended periods of time, meaning glucagon levels are never high enough to stimulate the process by which skin cells can be used for protein. This process is called autophagy.

Autophagy is one of the final steps of the immune process, in which damaged, dead, or otherwise unnecessary cells of any kind (including viral or bacterial invaders, and our own body cells) are eliminated, or where possible, recycled. This process focuses a lot on skin cells, because skin cells die and are replaced faster than most of the other cells in our body. As they’re on the outside providing a buffer between the inside and everything else, skin cells tend to sustain more damage than cells inside, with the exception of stomach cells, which are in contact with stomach acid. In contrast, neuron cells way deep inside our blood brain barrier are never replaced, and neither are the lenses of our eyes or our teeth. Autophagy is our body’s crime scene cleanup crew, and our skin cells are living a high-risk lifestyle. The regular life cycle of a skin cell is only about a month. That means, the autophagy cleaning crew needs to be able to go to work on our skin at least once a month, or the dead cells will begin to build up.

It’s believed that most people need to fast for at least 16 hours for autophagy to begin, but this number will of course be different for everyone, based on an individual’s level of insulin resistance. Whenever the autophagy does start, you would then need to maintain fasting for long enough to have at least a small effect each time. It seems safe to say that 3 day fasts are sufficient for reaching autophagy in even the most severely insulin resistant, since we see consistent results in Dr. Fung’s patients on this schedule.

If autophagy happens during weight loss, then the excess skin cells can be removed along with the weight lost. If not, they remain even while the fat beneath them is decreasing, which results in skin that’s no longer an appropriate size for the body beneath it.

In people who lose weight by fasting, autophagy performs the double duty of eliminating excess skin cells and recycling those cells to provide a healthy source of protein for the body without having to eat any. Those who shriek about muscle wasting due to fasting are clearly not aware of this process. Muscles are only used for protein during starvation, the point when there is no more excess to be recycled. It doesn’t happen during healthy weight loss.

Muscles are only used for protein during starvation.

To illustrate this point, take the example of Angus Barbieri, a morbidly obese man who fasted for 382 days with no ill effects at all, ever. Initially, his doctors were being cautious and had only planned a few days of fasting for him, but when the short fast was finished, he felt so amazing he insisted on continuing until he reached his goal weight of 180 lbs., and he did. There aren’t many available photos of Angus after he lost 276 lbs. on his fast, but from the few that do exist, he appears to have very little, if any excess skin. Certainly he never had skin removal surgery. Conventional wisdom says that the faster you lose weight, the more likely you are to have excess skin, but I’m 100% positive that nobody has ever lost 276 pounds faster than Angus, so there’s yet another piece of cherished common sense to throw out.

Now, thousands of Dr. Fung’s patients are replicating Angus’ results consistently. Dr. Fung’s patients average 3 days of fasting per week. That’s a far cry from Angus’ year+, but it’s long enough at once for everyone, even those with diabetes, to allow their body to spend some time clearing out and recycling excess skin cells.

For anyone unfamiliar with Angus’ story, it gets even better. After the initial 382 day fast during which he (and his skin) went from 456 lbs. to 180 lbs., he went on to live another 24 years, in which he only ever gained 16 lbs. back. Angus wasn’t special, he didn’t have superhuman willpower or he never would have become 456 lbs. to begin with, and he didn’t have unique genes that allowed his skin to stretch and contract better than others. He was just a normal guy who learned how to get out of his body’s way by fasting. We can all learn so much from him. 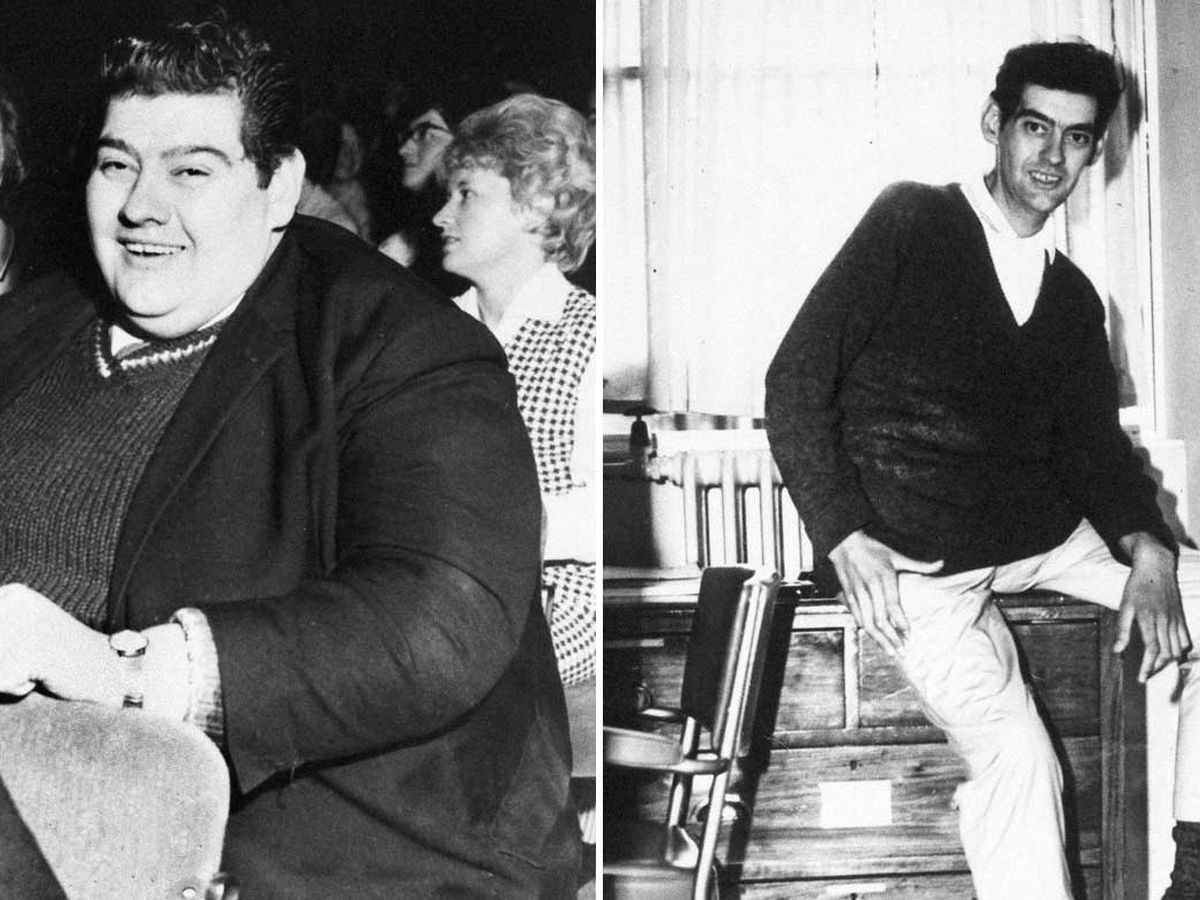 Angus before and after ?

“However beautiful the strategy, you should occasionally look at the results.”

This error message is only visible to WordPress admins

Please go to the Instagram Feed settings page to create a feed.

Before You Go...We'd love to stay in touch! Sign up to get Reframe blog posts, news, tips, and recipes!